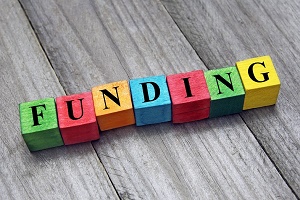 The news is filled with Tech companies statements on the recent Immigration Ban who uses the H-1 B visa program a lot. As this is going on not sure if you have notice the other “B”‘s. Such case is AirBNB who started in 2008 right after the inauguration of the 44th US President Barack Obama whom raised a $112 million Series “B” funding in 2011 side by side with San Francisco based “Uber” at $30 million.

As crunch base announce the growth in 2016 for Series B funds, VR ecosystems and Vehicles predominantly autonomous were led by NextVR and Quanergy System.

Hence so much investments analysis and trending are here these days factored by not just founder ideals, investors but policy executive orders such as the recent immigration ban. Why? Simply as the factors stated above on tech companies hiring a big chunk of their workforce from overseas like “engineers”.

The question lies how these Series B funding growth will take path in 2017. As any investor or venture capitalist looking at especially start-ups, they look at day to day operations and how profits will be affected if such company will be limited in creating the perfect product or service.

As we wait for the next series of not “B” but executive orders, one can just cross their finger and sigh on “what’s next”.

This site uses Akismet to reduce spam. Learn how your comment data is processed.