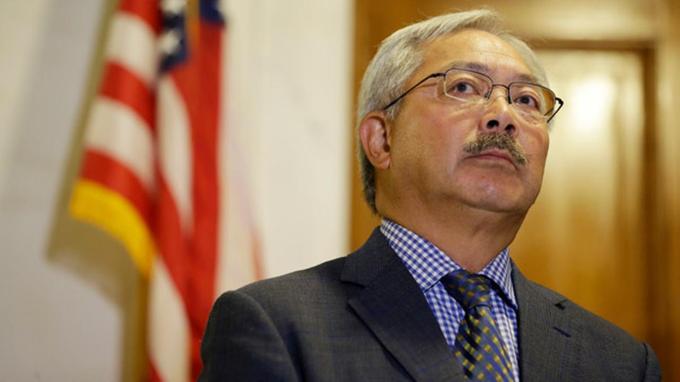 On the few occassions, I’ve had the privilege of meeting Ed Lee, not only was I humbled by his great personality, he carried over both the the typical hardworking, loyalty and hospitalitbility in the Asian culture. He also is different from a any politician having work as a city employee all these years before rising to the position as Mayor.

The Asian Pacific Islander community, the homeless, the aging and  disabled, and low income San Franciscan’s just lost our fighter in San Francisco’s politics. We remember his tremendous fight for people living with HIV’s using the Ryan White Care Act funding. In the recent weeks and days, we saw him reiterate San Francisco as a “Sanctuary” city.

Edwin Mah Lee (李孟賢, born May 5, 1952)[1][2] is an American politician and attorney who is the 43rd and current Mayor of San Francisco, California. He was appointed by the Board of Supervisors on January 11, 2011[3] to serve out the remainder of former mayor Gavin Newsom’s term, after Newsom resigned to take office as Lieutenant Governor of California.[4] Lee won the election on November 8, 2011 to serve a full term as Mayor.[5] He was re-elected in 2015.

Prior to his employment with the City and County of San Francisco, Mayor Lee was the Managing Attorney for the San Francisco Asian Law Caucus, for which he worked from 1979 to 1989.  From 1989 to 1991, Lee worked as a Whistleblower Ordinance Investigator and the Deputy Director of Employment Relations in San Francisco as Wikipedia described his past.

A few years ago, Mayor Lee pushed for the landmark approval of the Housing Trust Fund which invested $1.5 billion in affordable housing production and housing programs until 2042. This also one of the controversial news these last few weeks on the BMR (Below Market Rate) Housing where the news media had an article on so called BMR owners sub leasing the said BMR properties they won through the BMR lottery.

Having live in Seattle, Washington I remember Mayor Lee’s hometown was from Beacon Hill ater his parents settled from China. He graduated from UC Berkeley School of Law which explains his his longtime commitment to bringing together varied special interests and agendas to address the greater needs of the community”

Thus I end with great thanks to San Francisco’s 43rd first likeable and first Asian American Mayor in the City and County of San Francisco.

We Are a Sanctuary City

Since 1989, San Francisco has proudly been a Sanctuary City. We will stand shoulder-to-shoulder with our immigrant communities and fight for the progress we’ve achieved in this City. We are a sanctuary city, now, tomorrow and forever.

This site uses Akismet to reduce spam. Learn how your comment data is processed.